The BMW E36 is the third generation of the 3 Series compact executive cars. Development began in Jul... View More Info 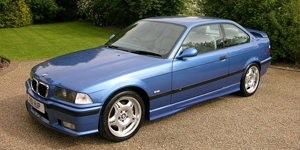 The E36 was sold from 1991 to 1999. All E36 saloons, coupes, and estates employed the "Z-axle" multilink rear suspension which had been proven in the Z1. The hatchback body style, known as the E36/5 or BMW Compact, was identical to the regular E36 from front bumper to A-pillar. To save space due to its short rear end, the Compact used a rear semi-trailing arm suspension based on the older E30, instead of the Z-Axle Multilink employed in all other E36's.

The hatchback body style, known as the BMW Compact, was introduced in 1995 starting with the 318ti. The "Touring" estate was sold in Europe from 1995.