The second generation was announced in October 1980. Engine capacity increased to 4052 cc with the i... View More Info 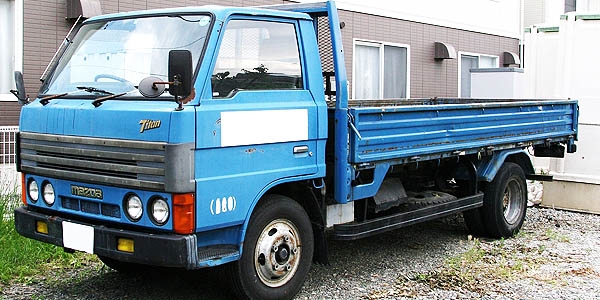 The second generation was announced in October 1980. Engine capacity increased to 4052 cc with the introduction of the new, six-cylinder ZB diesel engine. 2.0, 2.5, and 3-liter four-cylinder models were also available. This model also received a dual range (ten-speed) transmission, marketed as the "Two Way Shift." In 1982 the second generation Mazda Parkway bus version was introduced, based on the new Titan.

May 1984: Minor change, with a new front grille. Japanese market models were now also compliant with the 1983 emissions regulations.

1987: Minor change. As part of the facelift, the four round headlights were changed to four square units of standard type. A DIN-standard audio space is provided.

The Mazda Titan also appeared in export markets as the Mazda T2000, T2500, T3000 or the Mazda T4100. It was also license built in India under Swaraj Mazda, beginning in 1985 (trial production) and 1986 (full production). The company was renamed SML Isuzu in 2010 and the truck is marketed under SMLI.