he Chevrolet Colorado and its twin, the GMC Canyon were jointly designed by GM's North American... View More Info 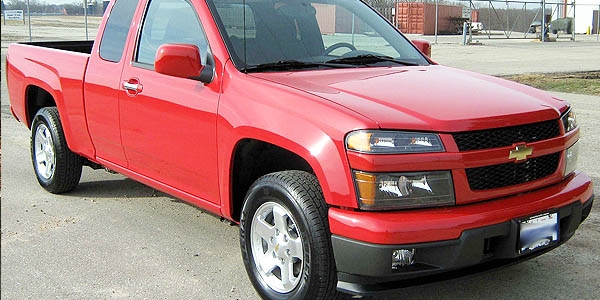 he Chevrolet Colorado and its twin, the GMC Canyon were jointly designed by GM's North American operations, GM's Brazil operations, and Isuzu. Isuzu, which participated in the design process, began selling its own version worldwide in 2002. In late 2005, Isuzu offered a version in North America called the Isuzu i-series. This North American model Isuzu shared North American powertrains, styling, and equipment with the Colorado/Canyon twins and differed from Isuzu's worldwide offering. All Chevrolet, GMC, and Isuzu versions worldwide are based on the GMT355, itself the basis for the GMT 345-based Hummer H3. Most vehicles for markets outside North America are manufactured at a GM plant in Rayong, Thailand, as well as at a GM plant in São José dos Campos, Brazil. All North American-market vehicles were manufactured by Shreveport Operations.