Most countries built between 1999–2005 except for Indonesia, Russia and India who built this m... View More Info 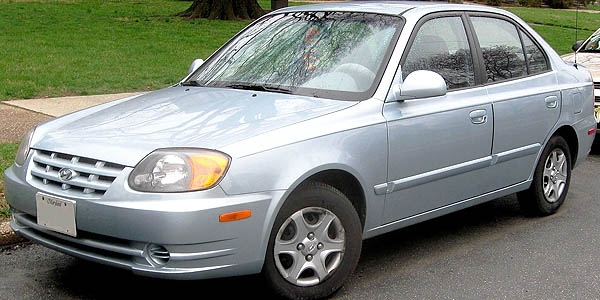 The redesigned 1999 Accent (LC) sported a more angular body and increased dimensions. It received a minor facelift in 2003, and was given the model code LC2. When the Accent sedan underwent a 2006 redesign, the hatchback continued on sale during 2006 only in Canada, since the hatchback skipped the 2006 model year for the United States. But for Korea, it was the first model with the new nameplate: Verna.

The Accent got new 1.5-liter 12-valve SOHC and 16-valve DOHC engines: the 1.3 continued modified with a Helmholtz resonator intake after 2003. A 1.6-liter replaced the 1.5 engine for 1999. This Accent was also the first to get a diesel version, with a 1.5-litre three-cylinder direct injection turbodiesel, which was badged CRDi.