The Toyota Corolla (E140/E150) is the tenth generation of cars sold by Toyota under the Corolla name... View More Info 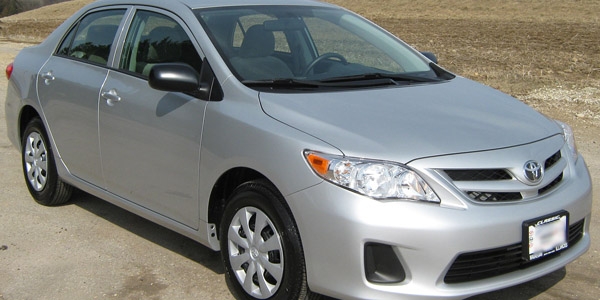 The Toyota Corolla (E140/E150) is the tenth generation of cars sold by Toyota under the Corolla nameplate. Introduced in late 2006, this series was replaced in 2012 in Japan, with North American model replaced in late 2013, and an early 2014 launch for most other markets. The Toyota Auris replaced the Corolla hatchback in Japan and Europe, but was still badged Corolla in Australia and New Zealand.

The dimensions for the Corolla sold in Japan were smaller than vehicles made for export so as to remain in compliance with Japanese government regulations concerning exterior dimensions and engine displacement. The Corolla was slightly longer for the export models 4,540 mm (178.7 in) and wider 1,760 mm (69.3 in) compared to the outgoing model.

The chassis of the E140 is based on the Toyota MC platform, with the E150 model deriving from the New MC platform. In other words, the Japanese market E140 carried its MC platform over from the previous E120. The versions sold in the Americas, Southeast Asia and the Middle East were based on the widened edition of this platform, so they retained the E140 designation. Models sold in Australia, Europe and South Africa used the more sophisticated New MC underpinnings, and were thus designated as E150.