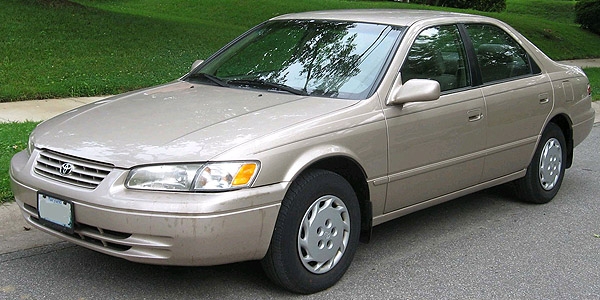 The Toyota Camry (XV20) is a mid-size car that was sold by Toyota between September 1996 and 2001 in Japan and North America, and 1997 and 2002 in Australia. Introduced on 3 September 1996, the XV20 series represented the fourth generation of the Toyota Camry in all markets outside Japan, which followed a different generational lineage. The XV20 Camry range is split into different model codes indicative of the engine. Inline-four models utilize the SXV20 (gasoline) and SXV23 (CNG) codes, with MCV20 designating the six-cylinder (V6) versions.

The XV20 Camry continued as a sedan and station wagon, though the latter model was not sold in North America, where the sedan was launched in 1996 for the 1997 model year. The XV20 Camry was offered in 2.2-liter inline-four and 3.0-liter V6 engined versions. In Australia, the luxury-oriented version was badged Toyota Vienta.