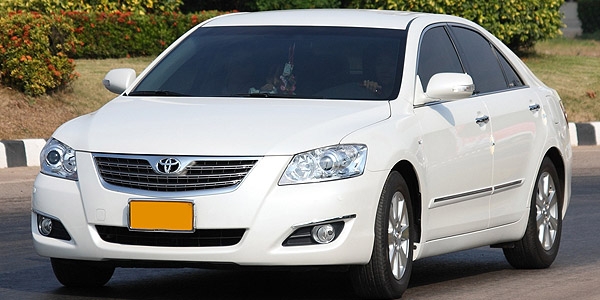 The Toyota Aurion (XV40) is the original series of the Toyota Aurion, a mid-size car produced by Toyota in Australia and parts of Asia. Designated "XV40", Toyota manufactured the first generation Aurion between 2006 and 2012 until it was fully replaced by the XV50 series. While Asian production of the XV50 series began in late 2011, Toyota's Australian operations did not take on production of the new model until 2012.

Although marketed as a separate model, the XV40 series Aurion is essentially a Toyota Camry (XV40) with revised front- and rear-end treatment, along with changes to the interior and Australian tuned suspension. In lieu of the "Aurion" nameplate, the majority of East and Southeast Asian markets received the Camry-based Aurion under the name Toyota Camry. However, in Australasia and the Middle East, Toyota sold the original version of the Camry alongside the Aurion. In these markets, the Aurion replaced the Avalon (XX10) model, which could trace its roots back to 1994 in North America.