A restyled hatchback with the sedan's updated instrument panel was presented as the Chevrolet A... View More Info 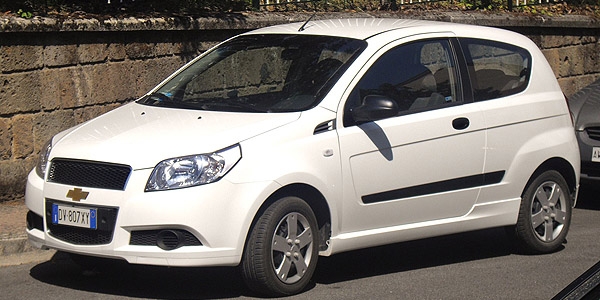 A restyled hatchback with the sedan's updated instrument panel was presented as the Chevrolet Aveo during the 2007 Frankfurt Motor Show, to be marketed in Europe and North America. The Korean market's restyle of the hatchback, the Gentra X, featured a less distinct/more "normal" grille treatment that formed the basis for the Holden, Pontiac and Suzuki-branded variants.

Later iterations, including the Kalos, Aveo, Barina and Gentra sedans, the Gentra X hatchback and the 2007 "Frankfurt Show" hatchbacks were styled in-house and with the assistance of PATAC, and depart notably from the original Giugiaro exterior and interior styling designs.