Toyota redesigned the Vitz in early 2005, going on sale in Japan that February. The Toyota Belta sed... View More Info 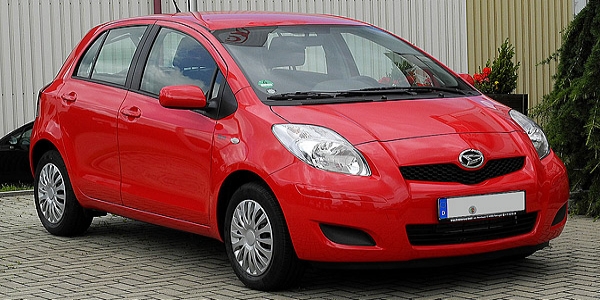 Factory service manual for the Toyota Vitz, also known as the Toyota Yaris in some markets. Suits vehicles with chassis code of XP90 and model year between 2005 and 2011. The type of information contained in this workshop repair manual include general servicing, maintenance and minor repairs, advanced repairs and rebuild guides. Topics include Engine, Gearbox, Differential, Suspension, Steering, Brakes, Interior Fittings, Exterior Fittings, Body Panels and Electrical Systems with wiring diagrams.

Toyota redesigned the Vitz in early 2005, going on sale in Japan that February. The Toyota Belta sedan, shares underpinnings with the Vitz. However, while the Vitz was designed at Toyota's European ED2 design studios, the Belta was designed at their Japanese design studios. While the outgoing Vitz hatchback and Platz sedan look and feel virtually alike, the redesigned Vitz and Belta are more subtly related. The two cars share a frame and the drivetrain components however the sheet metal is different.

The European, Australian, Canadian, Mexican, Venezuelan and Puerto Rican markets saw the second generation Vitz near the end of 2005. In the Australian and North American markets, the car was sold as the "Yaris" for the first time. The production Yaris for the US market was unveiled at the Los Angeles Auto Show in January 2006. The XP90 series Yaris is built in Japan, France, and Thailand.