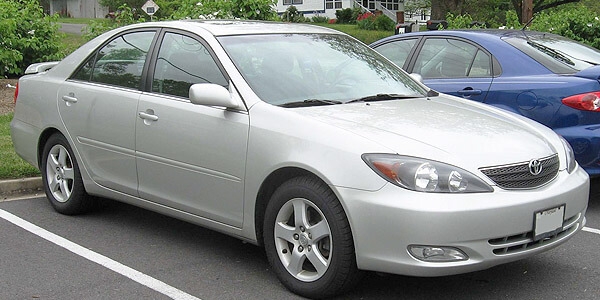 The Toyota Camry (XV30) is a mid-size car produced by Toyota from June 2001 to January 2006. The XV30 series represented the fifth generation of the Toyota Camry in all markets outside Japan, which followed a different generational lineage. The XV30 range is split into different model codes indicative of the engine. Four-cylinder models utilize the ACV30 (front-wheel drive) and ACV35 (all-wheel drive) codes, with MCV30 (3.0-liter) and MCV31 (3.3-liter) designating the six-cylinder versions.

In September 2001, for the 2002 model year, the Toyota Camry was released as a larger sedan (taking styling cues from the successful Vitz, Corolla, and Solara) only, but without a station wagon for the first time. Due to station wagons losing popularity to minivans and crossover SUVs, the Camry wagon was replaced by the Sienna minivan (in North America only) and the Highlander SUV, both vehicles utilizing the Camry's platform.