For markets outside of North America, Ford badge engineered the Japanese-built Mazda B-Series as the... View More Info 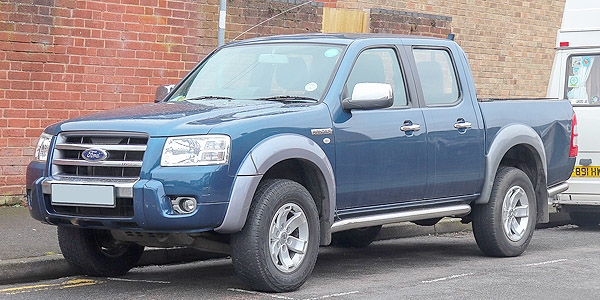 For markets outside of North America, Ford badge engineered the Japanese-built Mazda B-Series as the Courier starting in 1971, renaming it the Ranger in 1998 (with the exception of Australasia where the Courier nameplate was retained until 2006; incidentally the Courier was also sold in North America prior to the 1983 model year). Second-generation Ranger models from 2006 to 2011 were also designed by Mazda, being rebadged versions of the successor to the B-Series, the first generation BT-50.

Third-generation models, as produced since 2011, were designed and engineered by Ford Australia, with this time the Mazda badged variant being the derivative version of the Ford, offered as the second generation BT-50. This third generation is also the basis for the Ford Everest SUV and therefore, the Ranger and the Everest share a number of features. Third generation Ford Ranger and particularly its most expensive flagship version (the Ranger "Wildtrak"), has vastly increased its presence on the European market, making the Ranger the best selling pickup truck in Europe by 2015.

For the 2019 model year, the Ranger T6 commences sales in North America, with several external and internal changes to adapt to government regulations and market demands.