The first generation Proton Satria, also marketed as the Proton Compact in the United Kingdom, and t... View More Info 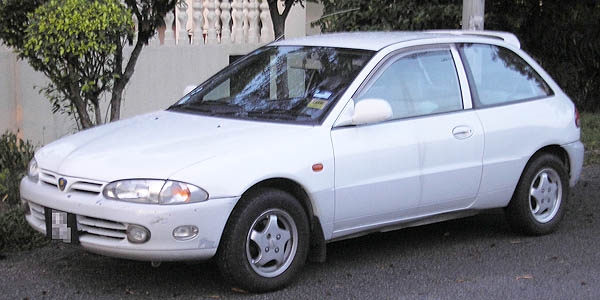 Factory service manual / repair manual for the 1994 to 2005 Proton Satria, also known as the Proton Compact and Proton 300 Series. Covers all topics related to the engines in this vehicle, including servicing, maintenance, general repairs, advanced repairs and rebuild guidelines.

The first generation Proton Satria, also marketed as the Proton Compact in the United Kingdom, and the Proton 300 Series in various European markets is a 3-door hatchback based on the fourth generation Mitsubishi Mirage / Colt. It was unveiled on 12 November 1994 as the result of a joint venture between Proton and Diversified Resources Bhd. (DRB), and was first imported to Europe during 1995. The Proton Satria was produced at Automotive Manufacturers Malaysia's (AMM) plant in Pekan, Pahang and was initially distributed by Usahasama Proton-DRB (USPD), a company in which Proton held a 30% stake in late 1994.

The Proton Satria was initially available in three variants at launch with two engine options, namely the old 12-valve carburetted 1.3-litre 4G13P unit from the Proton Saga and a newer 16-valve multipoint fuel injected 1.6-litre 4G92P unit. The old 12-valve carburetted 1.5-litre 4G15P, also from the Proton Saga was added to the range later in the Satria's production cycle. The 1.5 and 1.6-litre engines were fitted with either a 3-speed or 4-speed automatic transmission, and a 5-speed manual transmission was offered with all three engine configurations. On the exterior, the Proton Satria shared the vast majority of its front-end styling and interior parts and components with the Proton Wira, but the rear-end was left largely unchanged over the Mirage / Colt it was based on.